Inclusive design can be explained as follows:

Every design decision has the potential to include or exclude customers. Inclusive design emphasizes the contribution that understanding user diversity makes to informing these decisions, and thus to including as many people as possible. User diversity covers variation in capabilities, needs and aspirations.

It's the job of eLearning designers to respect and reflect the diverse capabilities, needs and aspirations of all our learners. These five steps will start you off in the right direction.

1. Plan for inclusivity -- windows and mirrors

Inclusivity in eLearning, or anything else, isn't something that can be successfully tacked on at the end. It requires considered commitment and planning from the first stages of a project. The best place to begin is by discussing your project with stakeholders in your or your clients' organizations. Learn about the organization and its culture and also its vision for the future.

Windows and mirrors are terms that often come up in discussions of diversity and inclusion. According to Emily Style at the National Seed Project, mirrors reflect a learner's own reality, while windows show the realities of others. Both play a role in an effective learning experience.

Learners engage best when shown a familiar, relatable environment. Additionally, familiar aspects in a learning scenario help to create a structure for storing new information in memory. Windows, on the other hand, help to form new perspectives. Windows are also inevitable in inclusive media. With diverse learners from different backgrounds, one person's mirror will be another's window. Before you can build inclusive eLearning, you'll need to identify what an organization's mirrors look like and which windows you want to build.

2. Develop eLearning that's accessible to as wide an audience as possible

eLearning can only be inclusive when everyone can reach it, and that includes people with an assortment of abilities including:

3. Remove (or at least reduce) bias in writing

Inclusive language has become increasingly common and increasingly achievable over the past few years. For example, the use of "they" as a singular pronoun for a person of unspecified gender is now generally accepted. However, more is involved in inclusive, bias-free language than avoiding the implication that everyone who matters is a 'he'. Check out the ADL's Guidelines for Achieving Bias-Free Communication for some starter tips.

While researching this article, I read many times about how much easier it is to find diverse stock photos now than it used to be. While seeking visuals for various projects, I've learned that it's still far too hard. Common problems include:

When selecting an image or creating a video for your eLearning, keep the following factors in mind:

From the perspective of inclusivity, it's not just the people in visual media who matter. According to Christopher Pappas, "you must consider the cultural significance of images and graphics.What do these images mean to you? 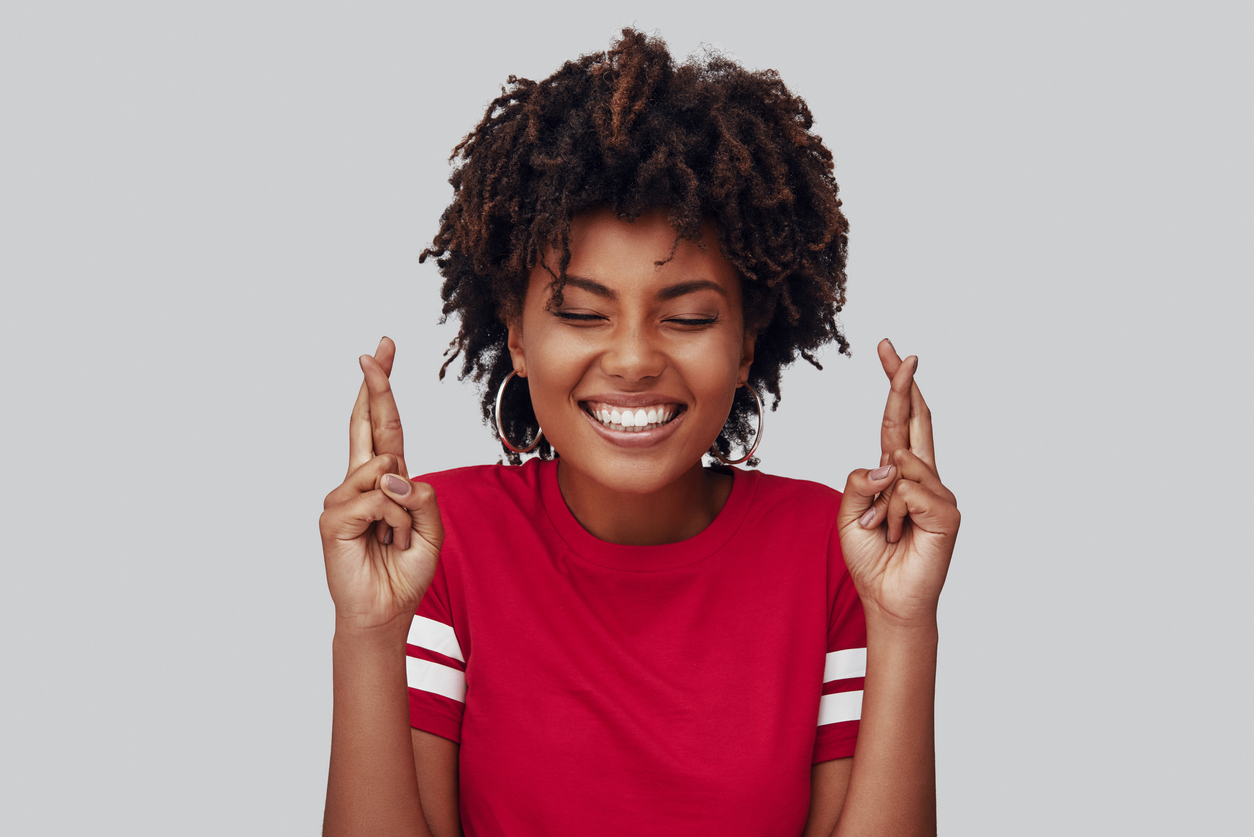 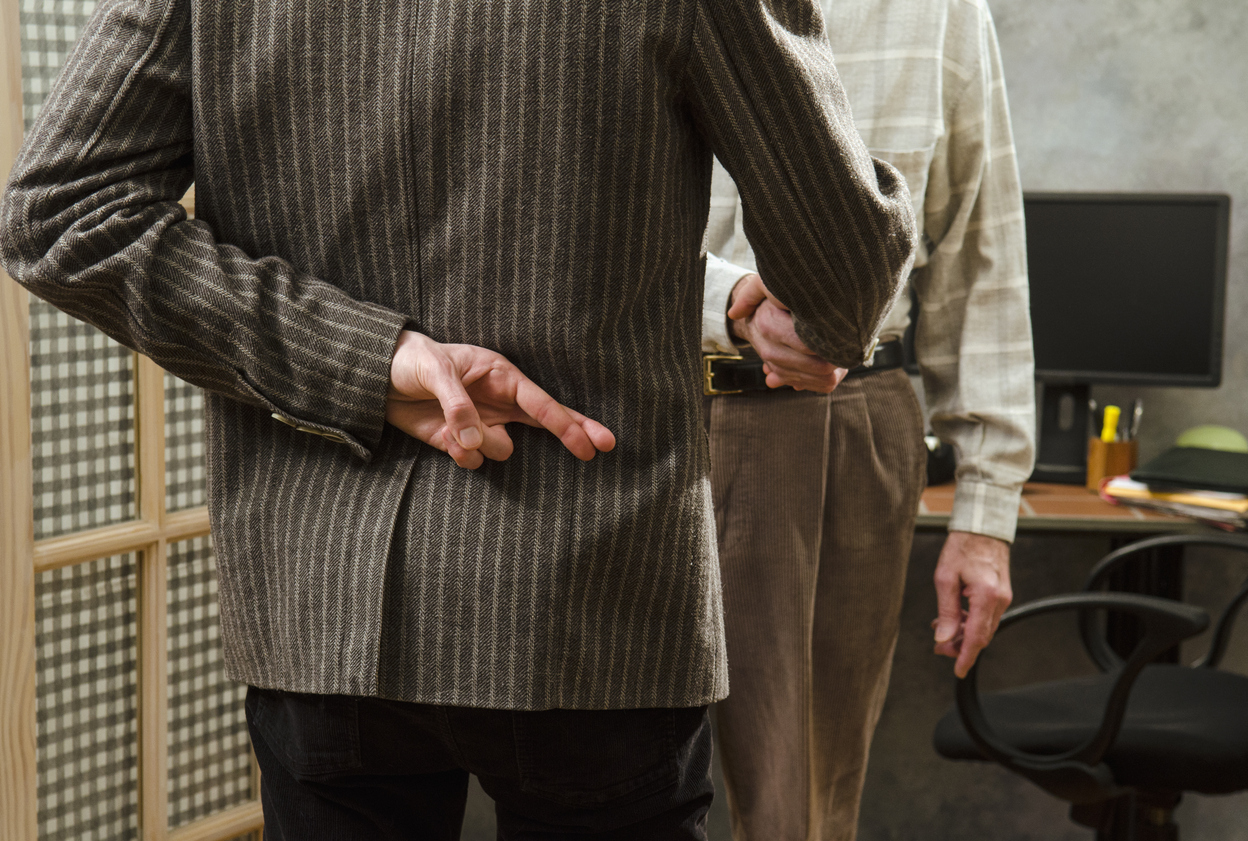 Figure 2: Business people shaking hands, one with fingers crossed behind his back

I asked three people to describe these photos. They all said that Figure 1 showed a woman who was hoping for something and had crossed her fingers for luck.

Two of my test group said Figure 2 showed a dishonest businessman making a deal he had no intention of fulfilling. My third tester said that the man in the striped suit jacket was wishing himself luck at a business meeting -- or possibly showing a gang sign to a hidden compatriot.

I might mention that the first two people I asked grew up here. The third was raised in another country, although she's lived here, immersed in the local culture, for nearly twenty years. It's just that she's never encountered the belief, widespread among local eight-year-olds, that promises don't count if your fingers are crossed when you make them.

Symbols, gestures and even colors can have powerful meanings, but those meanings are carried by one's culture. It's all too easy to mystify, exclude, and even offend people from different cultures or with different experiences by relying on visual media with culturally embedded symbolism.

"If you want to reach a diverse group of learners in your training, you need to include a diverse group in the development and beta testing." Varied perspectives among those who contribute to your eLearning can go a long way to enhancing the inclusivity of your product. Furthermore, eLearning tends to reflect the organization that produces it. A company that doesn't value inclusiveness in its own structure will have difficulty producing inclusive content.

Recognizing and including the diversity of your learning audience is essential to developing effective eLearning. Learners who are excluded, be it because they cannot access the material or because it does not reflect their reality, are unlikely to engage with the learning event. The first step in building more inclusive eLearning is to identify your audience's needs and plan for inclusion. As you progress, be sure to build content that is accessible, is free from bias and uses inclusive visuals. Finally, maximize your effectiveness by ensuring that you embody the values you want to convey; an inclusive team is best placed to produce inclusive material. Shauna graduated from the University of Toronto in 2002 with a Master of Arts in English before moving home to Calgary to work in the fast-paced, detail-oriented oil and gas industry. Now certified as a technical writer, Shauna is comfortable writing in a variety of styles, and for a variety of audiences.